Mal and I celebrated 12 years of marriage yesterday. It was our 12th anniversary on July 12th aka our golden anniversary, right? 🙂 It was a fairly low-key celebration, but still really nice. Plus, now we can add “celebrate an anniversary during a pandemic” to our relationship!

Mal and Quinn slept in super late, but I was up and at ’em making a special breakfast. We had croissants (from Trader Joe’s), bacon (obviously, Niman Ranch), eggs and toast (for Mal), cherries (for Quinn), and I had a crepe with chocolate and banana inside. Yummmmm! 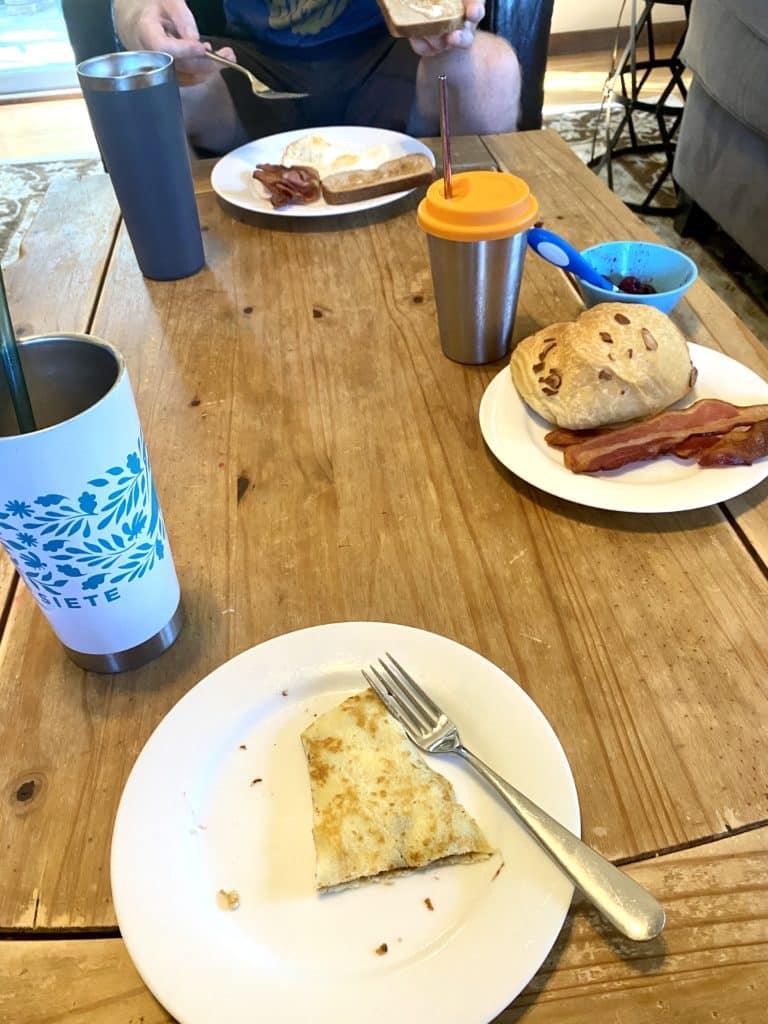 After breakfast, we took Murphy for a family walk and then packed up for an afternoon at Funny Farm. The weather forecast said it was going to be 90 degrees (!!) that afternoon, so  swimming in the pool was the way to go! 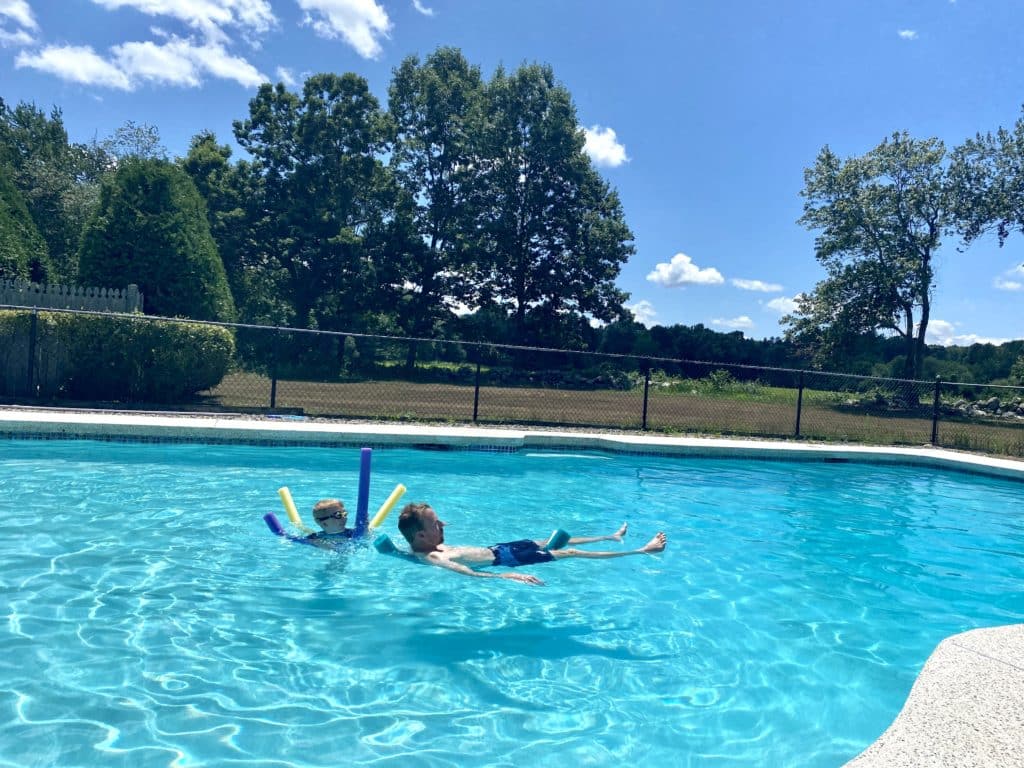 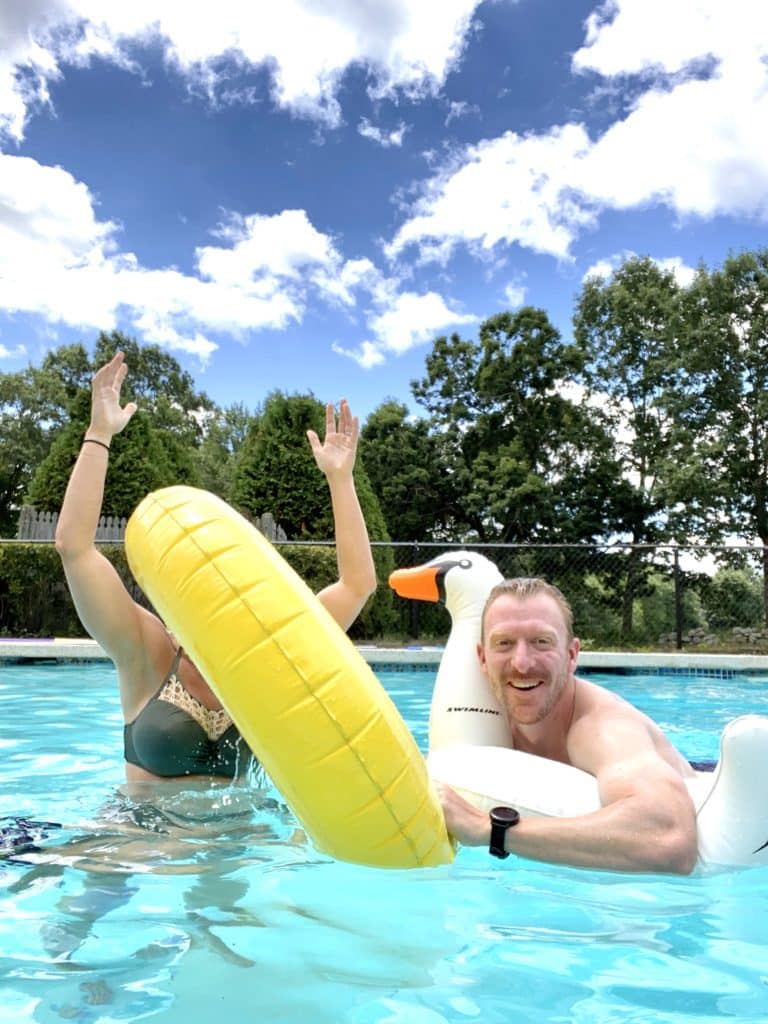 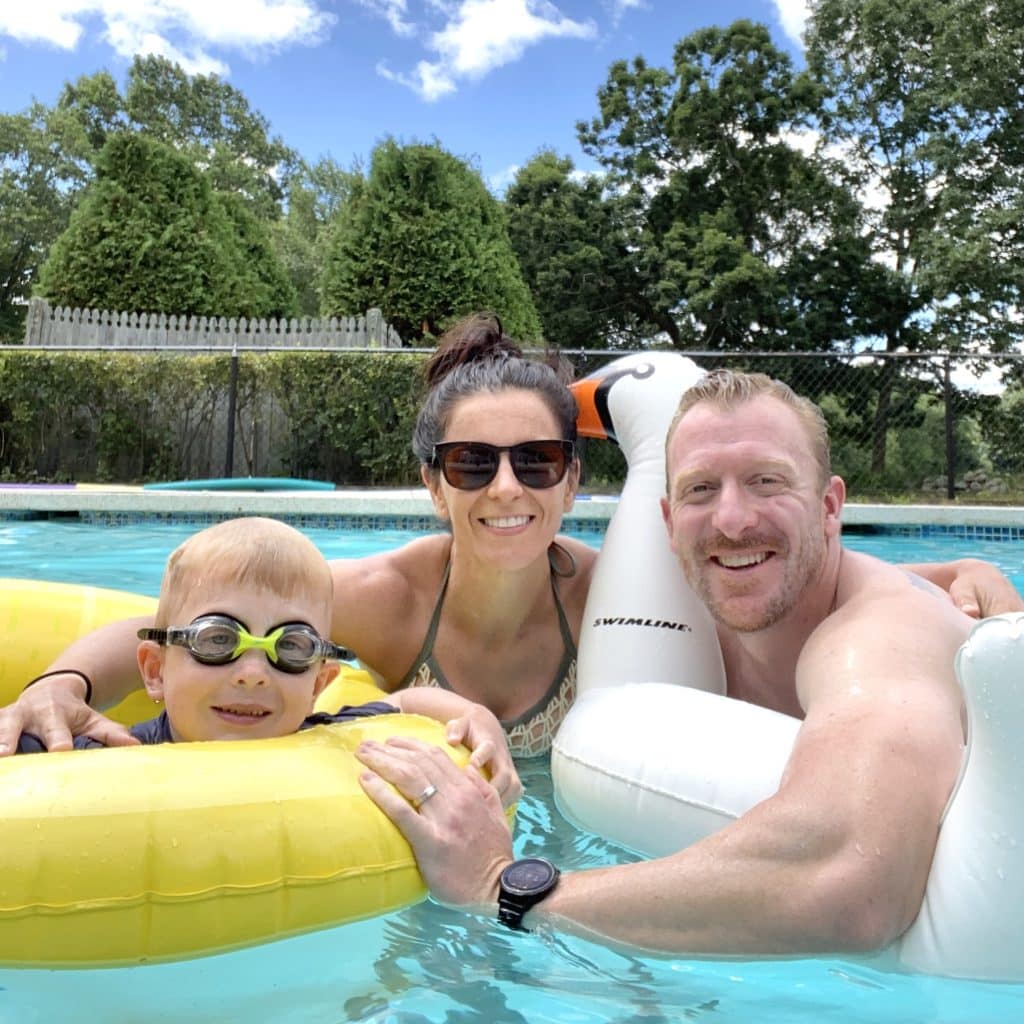 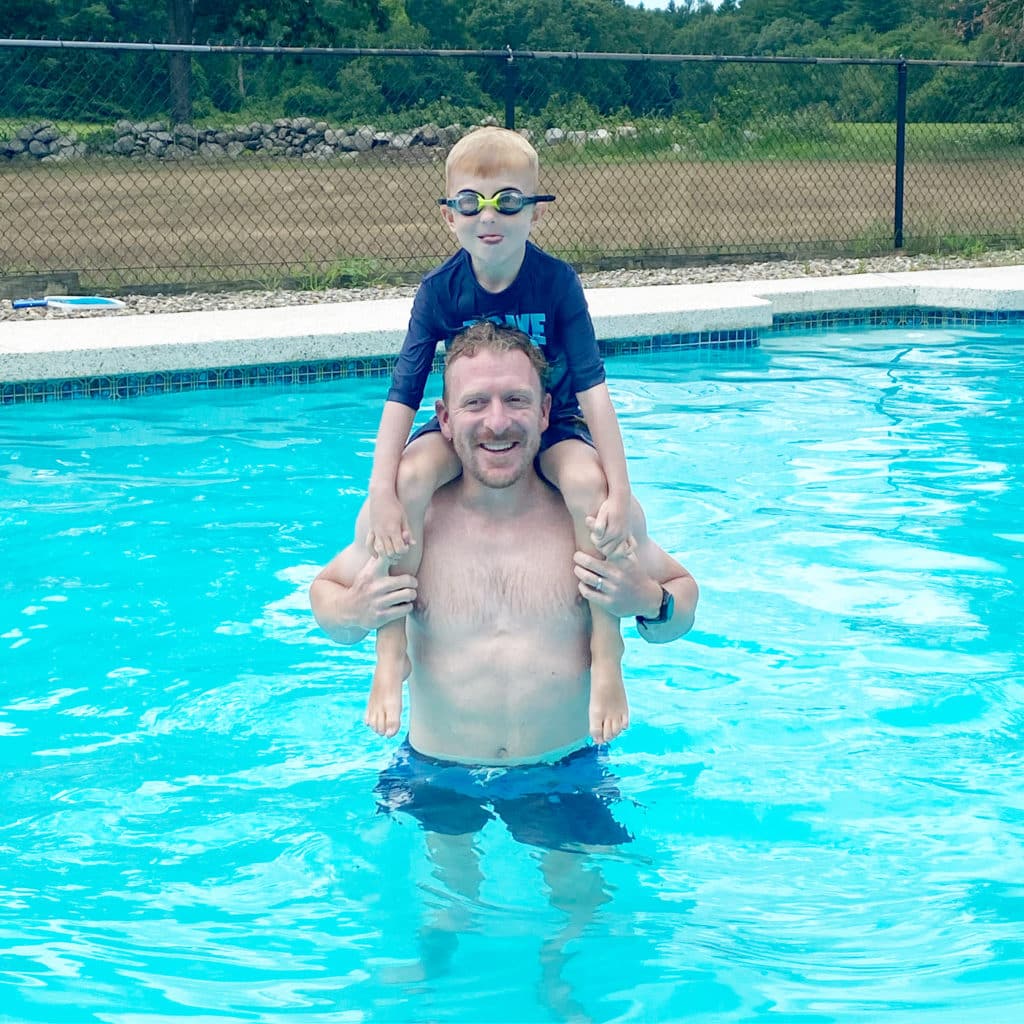 We packed a lunch and snacks to eat at the pool. We stay until the early afternoon and then headed home for part 2 of our anniversary celebration. 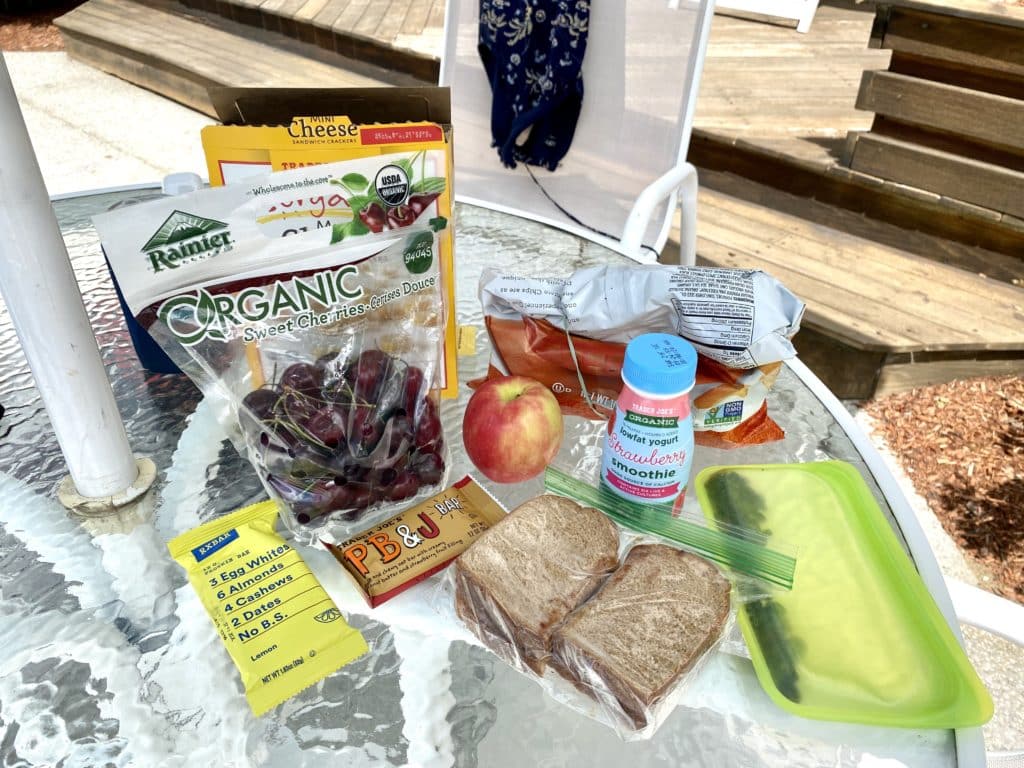 When we got home, it was time for presents. Mal’s wrapping job = nearly 17 years together! Haha! Ok, mine wasn’t much better… Amazon package inside a gift bag! But, anyways… I got Mal a new set of resistance bands (he actually picked them out) and he bought me a super cute tie dye pajama set! 🙂 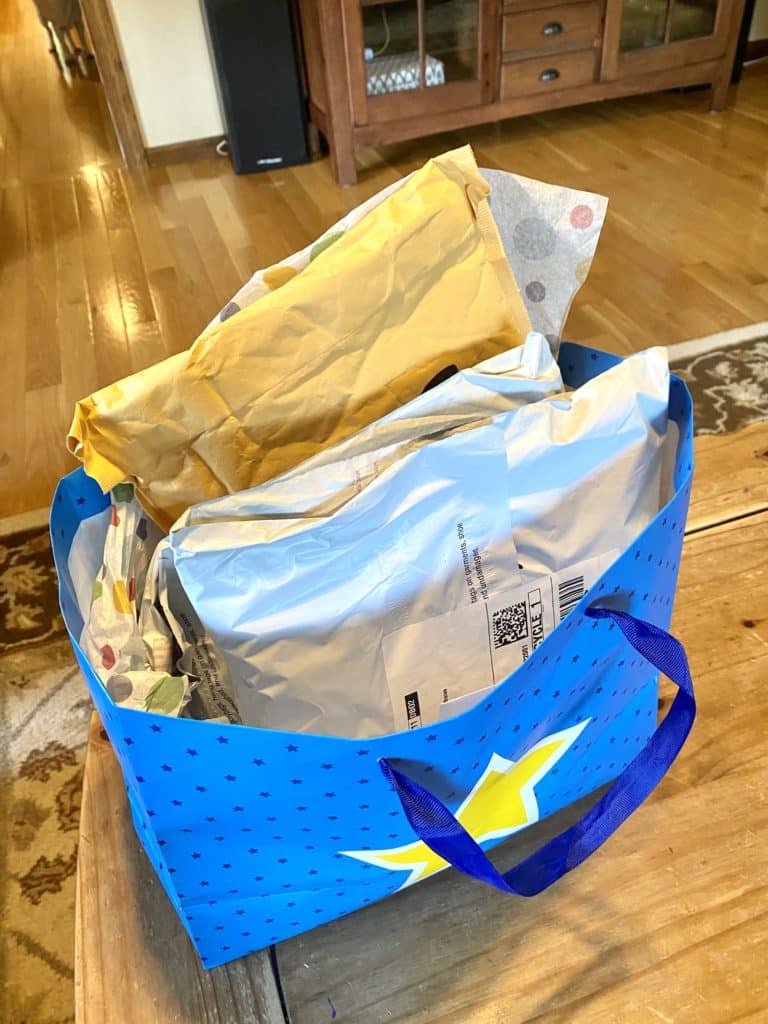 For dinner, we picked up take-out from a new restaurant in the area called Cheever Tavern. A bunch of our friends recommended it, so we decided to give it a try and we were pleasantly surprised. Everything was really tasty, especially for take-out. I definitely think Cheever Tavern will become part of our regular rotation! 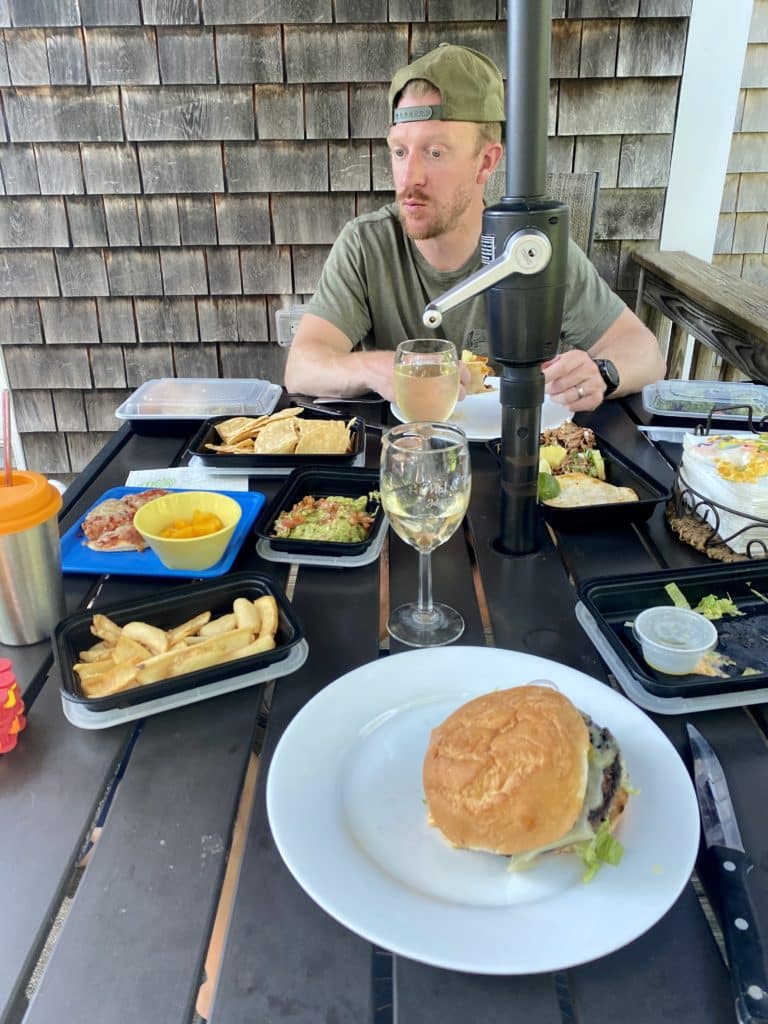 All in all, Mal and I had a great time celebrating #12!

And just so we don’t forget… “It’s true. You can eat beans in the summer and the winter.”