Home
Weight Loss With Keto
Could the Keto Diet Be Impacting Your Sleep?
Prev Article Next Article 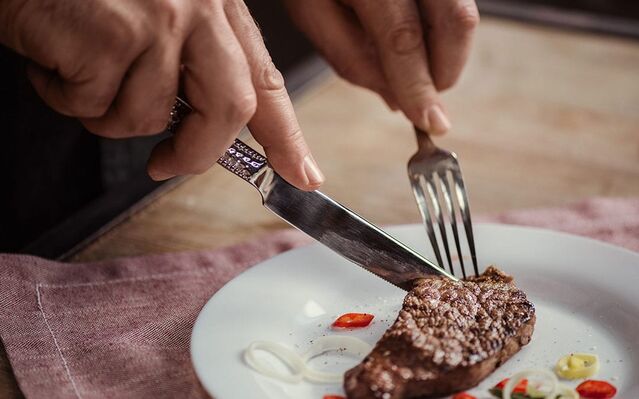 High fat, low carb: the keto diet is still one of the most talked-about ways to lose weight. Left out of the conversation? The truth about how switching to a keto diet can affect sleep quality.

While I’ve discussed keto and paleo in the past, today I’m updating you on research specific to keto to help you navigate your before-the-holidays diet.

What is the Keto Diet?

The basic principle is based on a 2013 study published in Science. Scientists at Gladstone Institute discovered that, by strictly limiting carbohydrates, the body releases ketones. Those ketones are associated with anti-inflammatory properties–but may also have implications for weight loss, with appetite control and immediate water weight loss.

Followers of a typical keto diet eat very few carbs, medium levels of protein, and high amounts of fat: a ratio of about 75 percent fat to 20 percent protein and just 5 percent carbs. This means that fruit is mostly off-limits, as well as any starches and even starchy vegetables. While there are also vegetarian and vegan keto diets, the focus is on consuming very few carbs to produce ketones.

Not everyone follows the super low carb diet with keto. There’s cyclical keto, which involves different periods where you consume higher amounts of carbs; targeted keto, where you add more carbs when you’re working out; and high protein keto, where the ratio of fats dips to around 60 percent and proteins go up to 35 percent of the diet.

Is There a Link Between the Keto Diet and Sleep Problems?

Researchers at the University of Sydney studied the short-term effects of a very low carbohydrate diet in a small sample of healthy adult men. What they found was telling. REM sleep declined, while slow-wave sleep increased. They hypothesized this was due to how fat is metabolized.

But the evidence here is short term changes, not long term consequences.

In fact, short-term insomnia and switching to a keto diet is a real phenomenon. If you’ve been eating a fairly balanced, or high carb diet, and then reduce those carbs to less than five percent of your diet, you may have trouble sleeping at first.

Waking up hungry on a keto diet has less to do with the keto diet itself and is instead probably tied to general restriction, and is also more of a short term consequence. If you’re waking up feeling hungry, there is little evidence to suggest it has to do with eating low levels of carbs.

In fact, reviews of studies indicate that ketogenic diets tend to result in not only in fewer calories consumed, but lower levels of hunger and increased satiety.

If you are waking up hungry, it could be a short term response to the change or simply a sign you aren’t eating enough. Hydration, especially with a keto diet, is important too.

Transitioning to a keto diet, or making any changes to a diet, without a doubt can change the way we sleep. But you’re probably wondering: will these sleep problems go away? Ir is a low carb, high fat diet a problem for sleep in the long term?

There is little evidence that keto diets in the long term cause sleep disorders, but there has been an association with those with sleep apnea and a lower intake of carbohydrates. In other words, if you already suffer from a sleep disorder, a keto or low carb diet could make it worse, but it’s unlikely to actually cause the sleep disorder. Other sleep concerns, like sleepwalking and keto diet, do not have research to back it.

After an initial adjustment, a keto diet may increase anytime alertness and energy levels. That’s due to adenosine, a brain chemical involved in sleep regulation. A keto diet has been found to promote the production of adenosine, which also regulates our central nervous system and even is linked to deeper slow-wave sleep at night.

So is the Keto Diet Good for Sleep?

If you’ve just started the keto diet, it’s very possible it causes changes in your sleep–but we also know that negative effects tend to subside, with the possible exception of those suffering from sleep apnea.

For those whose sleep is suffering due to obesity, a keto diet, when followed correctly, can promote sustained weight loss and actually potentially improve sleep quality.

But when looking at all the evidence one thing is clear: more research is needed. Most studies about sleep and the keto diet are still emerging. Ultimately, it comes down to the quality of your diet and how your body responds.

For some, a keto diet may be the key to better energy levels, hunger cues, and improved energy. For athletes, I recommend seeking professional nutritional advice and following a modified keto plan.

But above all, listen to your body. Remember that diet is just one factor in getting better sleep.