An article came across my inbox called “The Habits of Successful Weight Losers.” It piqued my interest because the truth is there isn’t a single study where more than a tiny fraction of people succeed at long-term, significant weight loss (this has been shown in literature reviews starting in at least 1999 and was recently acknowledged by Canadian Healthcare professionals. (Note: The article is not linked here due its potentially triggering nature, it’s also one of many of it kind so the points made here address this mistake generally.)

I clicked to read the article, curious if it would make the most common mistake of only looking at short-term weight loss (most people succeed at losing weight short term, but gain it all back within two to five years, a huge number of studies simply look at weight loss during the first year and then claim success) or if it would make the less common, but potentially more harmful National Weight Control Registry mistake.

It turns out that it was the latter. I often use the National Weight Control Registry in talks I give to general audiences, health professionals, and university students, faculty and staff to show how easy it is to be duped by diet culture and the poor “science” that backs it up. In this case the person making this mistake is a celebrated personal trainer, fitness speaker and writer, and PhD who has actually written a book written on this premise, so it’s no surprise that so many people with less training in understanding and analyzing research do make the same mistake.

The article explains “the National Weight Control Registry (NWCR) [is] the largest database ever assembled on individuals successful at long-term maintenance of weight loss. Founded in 1994, the NWCR includes more than 10,000 individuals who complete annual questionnaires about their current weight, diet and exercise habits, and behavioral strategies for weight-loss maintenance.”

And here is our first issue. The largest database ever assembled of “successful” long-term weight loss has only found about 10,000 successes. In 26 years. To put that in perspective, about 45 million people go on at least one diet per year. In 26 years, that’s 1,170,000,000 diets. Out of over a billion tries, the NWCR found… 10,000 successes. That’s a success rate of about 0.00085%. Perhaps more concerning, I first wrote about the National Weight Control Registry in 2012 and they were claiming to have 10,000 successes then. Not great that they’ve failed to add to their numbers in those eight years, despite there being about 360 million more attempts.

To qualify for the registry, someone has to lose at least 30 pounds (regardless of starting weight — again, that does not have the sound of scientific rigor) and keep it off for one year. And there we have our second issue — most people gain their weight back in years two to five, so the NWCR gave itself a four year efficacy cushion. It’s also entirely self-reported, so we have to wonder how likely people would be to admit that they regained their weight.

The article I was reading was written for fitness professionals and it enthused “the following behavioral strategies and diet and exercise habits from successful weight losers can be provided to clients to ensure they have the relevant information needed to work toward achievable weight-loss and weight-maintenance goals.”

The problem here is that if you tell your clients that weight-loss and weight-maintenance are likely to be achievable for them, you are not telling them the truth. You are also setting them up to believe that their fitness practice isn’t “working” which makes them more likely to quit. Nobody is obligated to participate in fitness, but when someone comes to us as fitness professionals, our job is to set them up for success. This sets clients up not only to fail, but also to blame themselves when they do despite the fact that if they lose weight short term and gain it all back long term they will have had the exact same result of almost everyone who attempts weight loss.

Let’s talk about these so-called “strategies.” This article, like many before it, simply looks at commonalities among a non-random sample of 10,000 people. While it might be a good starting point for a study, you’d have to actually design and conduct good research in order to make the claim that these “strategies” can help people manipulate their body size long-term.

In fact, these strategies have been part of any number of weight loss interventions that have been studied and again, there is not a single study where more than a tiny fraction of people succeed at significant long-term weight loss. Knowing that, using the NWCR as proof of efficacy is not ethical. (The author also attempts to use studies that show behavioral impact on “health behaviors” in ways that suggest that “health behaviors” and “weight loss” are synonymous. They are not.)

The article lists commonalities that have been found in people who are on the NWCR. Some are almost laughably vague (“live with intention,”) some are based on beliefs about “will power” that have been shown repeatedly to be false and to lead to stereotypes about fat people that contribute to weight stigma.

Setting aside the danger, from any sort of scientific standpoint these conclusions are invalid. That’s because the NWCR only collected data on the 10,000 “successes,” and didn’t collect any data on the around 1,169,990,000 people who failed. For example, one of the habits is “eat breakfast.” The author shares that “seventy-eight percent of NWCR members eat breakfast every day, while only 4% never eat breakfast”

In order to know if that matters, we have to know how many of the nearly 1.17 billion other people eat breakfast all or most of the time? We don’t know if the NWCR folks’ behaviors are actually different than the vast majority of people who failed at maintaining weight loss, so we don’t know if these behaviors had anything to do with the results that this tiny group self-reports that they experienced.

I’ll reiterate, there is no method of weight loss that has been shown to be successful at long-term significant weight loss in actual studies for more than a tiny fraction of people. What this article has done is to take a minuscule fraction of dieters and tried to find commonalities among them, then claimed that those findings are extrapolatable to the general population. That’s not even in the same neighborhood as solid science.

Think of it this way, there are a tiny fraction of people who survive skydiving accidents even though their parachute doesn’t open. Let’s say I interviewed them and found out that every single one wore a green shirt and ate oatmeal for breakfast. Would you support skydiving instructors telling their clients that parachute-less skydiving is achievable if they wear green, eat oatmeal and live with intention? If I opened “Ragen’s School Of Parachute-Less Skydiving” and offered a free green shirt and oatmeal breakfast with every jump, would you sign up?

Of course not. Commonalities among outliers tell us very little and and often lead to misleading conclusions when extrapolation is attempted. You can find commonalities in any group of 10,000 people. You can especially find commonalities in any group of 10,000 people who are hyper-focused on weight loss and who have likely been told that these habits will help them suppress their weight long-term. But, again, without knowing how many of the overwhelming majority of dieters who failed to maintain weight loss also participated in these habits, no conclusions can be drawn. It also doesn’t tell us if there are physiological differences among this tiny group that explain them not having the same experience as the vast majority of people.

The bottom line is that telling people that these behaviors make them more likely to manipulate their body size long term is deeply misguided at best, and lying (for profit) at worst. And considering that some of these behaviors are known to trigger eating disorders, we certainly should not be doling out this advice as fitness (or any other kind of) professionals.

In good news, we can recommend weight-neutral health and fitness paradigm and practices that offers the same (or more) upsides without the downsides. And we should. 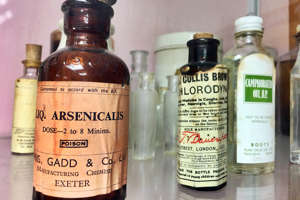